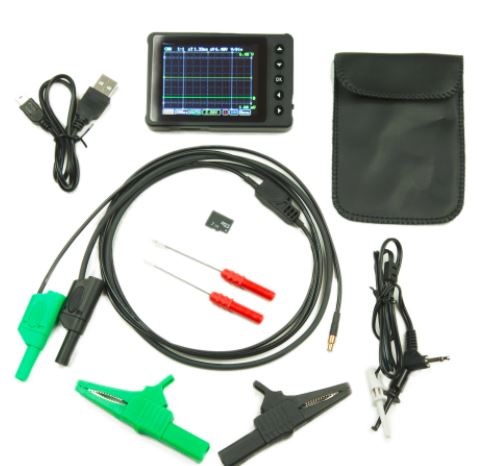 The uScope: Small enough to fit in your pocket and powerful enough to capture the fastest signals, in less than 4 seconds it’s booted up and ready to take aim on any signal.
The uScope is equipped with a 12-bit analog/digital converter, samples at 1 million/second and includes 10x peak detect oversample.

Add to Wishlist
Compare
Warning: sizeof(): Parameter must be an array or an object that implements Countable in /home/autoaide/public_html/autotesttools.com/wp-content/themes/autotesttools/woocommerce/single-product/meta.php on line 17

Is your old scope dead?
Most manufacturers of handheld scopes charge over $500 for the most basic repairs.
The uScope Basic kit is less than 1/2 that amount, only $129 and you get a free adapter, just tell us which one.

We guarantee that the uScope will be easier to learn than your old scope (and more fun) and with its 12-bit analog/digital converter, sampling at 1 million/second with 10x peak detect oversample it is powerful enough to test any component and any secondary that you could test with your old scope.

When it’s time for a diagnostic showdown and you’re forced to draw your scope, you don’t always have time to pull out the heavy artillery. As a wise old tool slinger once said, “You best keep something powerful close and ready”.
How about right in your pocket?

The uScope: Small enough to fit in your pocket and powerful enough to capture the fastest signals, in less than 4 seconds it’s booted up and ready to take aim on any signal.
The uScope is equipped with a 12-bit analog/digital converter, samples at 1 million/second and includes 10x peak detect oversample.

Pesky ignition in your crosshairs? Trigger the display to hit the spike every time! Upside down waveforms? give’em a quick invert. Not measuring up? Throw some cursors down. Injectors, O2 and even CAN signals are sitting ducks. Put the hammer down on current probes and transducers.

Do you have favorite targets? Setup a uScope default startup. You can be ignition or amp probe ready in seconds! Optional 10x probe for primary ignition and AC filter for ripple waveforms.
The uScope is the ultimate run and gun lab scope. 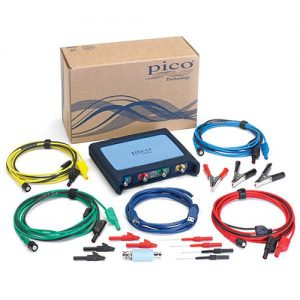 We are often asked “Should I buy a scan tool or a scope”. The short answer is that you need both. A scan tool can often point you in the right direction, perhaps indicating a misfire on a specific cylinder but too often the less experienced technician then ends replacing several parts before the problem is solved. Oscilloscopes should be used:

For the technician oscilloscopes lead to faster, more efficient diagnostics and a better understanding of how vehicle systems work. For the workshop using a PicoScope encourages a “fix it right” culture by reducing the number of parts changed on guesswork. The net result is improved customer satisfaction, increased repeat business and increased profits. 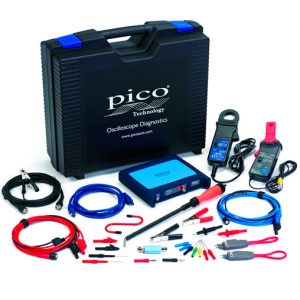 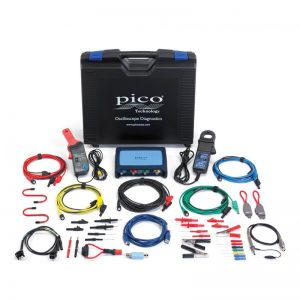 A PicoScope (sometimes known as a labscope) turns your laptop or desktop PC into a powerful diagnostic tool. Think of it as the X-ray machine of diagnostics, letting you see the changing signals inside wires. You can purchase a PicoScope on its own, but most people purchase one of our award winning Automotive Diagnostics Kits. These money-saving kits contain everything you need – just add a PC. PicoScope Starter Kits are supplied in a cardboard packing box, other kits are supplied either in a tough carry case or foam trays to fit a tool drawer.

Product is on Backorder With only one connection to the circuit you can do a multitude of circuit tests. Think of it 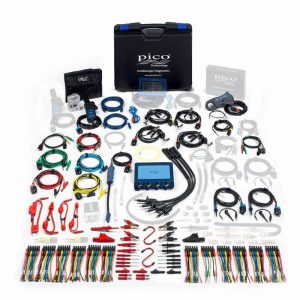 New PicoScope 4425A for active diagnostics

Our exciting new PicoBNC+® probe connectivity, unique to PicoScope 4225A and 4425A oscilloscopes, provides you with:

All our automotive PicoScopes have the features that have already helped technicians around the world with vehicle diagnostics:

More information on the PicoScope hardware >>